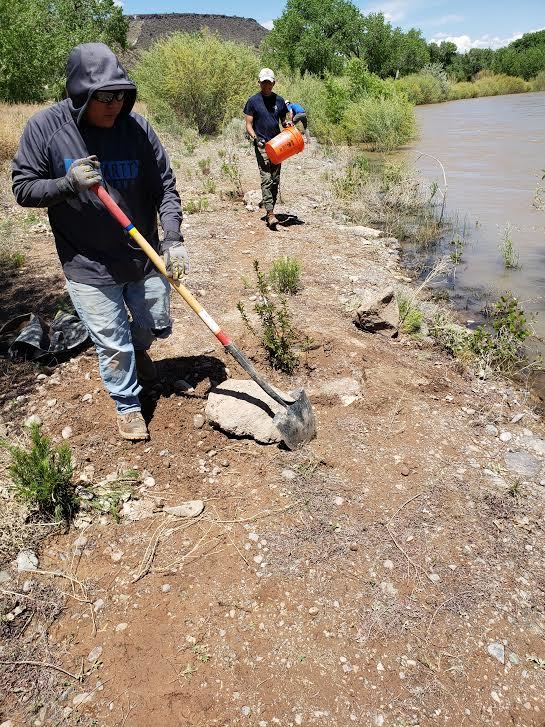 November 13, 2019 |    Jonathon Candelaria served as a WaterCorps intern through the Bureau of Indian Affairs (BIA) with the San Felipe Pueblo Department of Natural Resources in New Mexico. One of his duties was to help convert the Pueblo’s windmill-powered wells to solar-powered wells to reach the Department’s goal of having at least 4 solar-powered wells. Another major task was to complete a river restoration project. Jonathon was appointed field crew leader for the river restoration project, which was a new role and “a big step” for him. “With teamwork we got the job done,” he said. This resulted in clearing over 3.5 miles of riverside trails after years of neglect, enabling people to enjoy the bosque, or riverside woodlands. In addition to fieldwork, Jonathon was able to participate in nearly every level of water and land management on the Pueblo. He learned about Pueblo water history, attended water coalition meetings, and led a Community Farmer meeting to inform the agricultural community of the Pueblo’s water-related updates.

Because of the wide range of experience he obtained in his internship, he credits it with a giving him a boost in his career. “Working with water techs and environmental specialists opened my mind to a whole new field of work that I found very interesting.” He intends to use his AmeriCorps Segal Education Award to return to school for a welding certificate, and looks forward to returning to the water resources field as a welder.