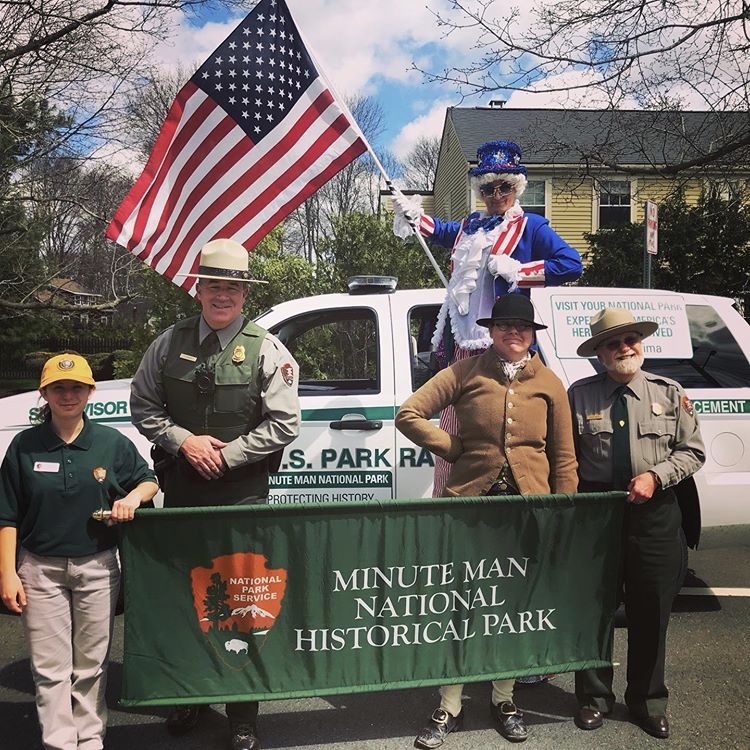 Minute Man National Historical Park tells the story of the first battle of The American Revolution. In April, the park holds different events to commemorate the battle that occurred on April 19th, 1775 over the course of two weeks. With Patriots Day being a holiday in Massachusetts, this becomes a very high visitation time for the park. Visitors come to the different programs and events that are happening at the park. These programs all tell different stories that the park interprets that lead up and occurred on April 19th, 1775. There are many different aspects to the story at Minute Man National Historical Park and the programing during Patriots Day tells those stories.

Part of the Patriots Day events is the park opens Witness Houses for visitors to visit. Witness Houses are homes that stood on the Battle Road Trail, or the Bay Road, in 1775. Some of these houses are only open a few times a year. Patriots Day programming is one of those times that they are open for visitors to visit. This is what makes these programs very special and interesting for visitors. Part of my job for Patriots Day is to send a schedule to the volunteers of where the programs are and the times that the volunteers should be at the park. As these events are on different days, times and locations, it is easy to have a schedule of where everyone is stationed. At Minute Man, we have volunteers involved with Living History and Visitor Guides. They are all involved with Patriots Day events in different ways.

The first event of the day the weekend before Patriots Day was at the Meriam House where visitors were able to visit the home. I was able to work with two volunteers during this program which gave me an understanding of what the volunteers do here. The program is to honor and pay remembrance to those who fought in the battle when the British Regulars were retreating to Boston. The Meriam House was set up as an open house and visitors could walk around and ask questions. The next event that day was a reading of the Midnight Ride of Paul Revere by Henry Wadsworth Longfellow. Part of this program included reenacting the poem with our volunteers who are involved with living history. I learned how dedicated the volunteers are at Minute Man and how well attended our Patriot’s Day Events are.

The next weekend was all of our events the week of Patriots Day. The main program this day was the Parker’s Revenge Battle Demonstration. Visitors were able to watch a battle demonstration at the park that reenacted part of the battle called Parkers Revenge. There were volunteers stationed all over the park. Volunteers were at the battle demonstration, the Bloody Angle walk, the 1st Michigan Colonial Fife and Drums Corps, Life on the Battle Road at Hartwell Tavern, and Caught in the Storm at the Captain William Smith House. Volunteers were able to tell visitors about the events leading up to April 19th and give them directions to other places in the park where programs were taking place.

The following day, the park opened Barrett’s House to host the program British Soldiers Search the Barrett House. The volunteers at the Barrett House were dressed in Colonia Kit and were discussing preparations. On Patriots Day, we held a Commemoration Ceremony at the North Bridge to honors the soldiers who fought at the North Bridge the morning of April 19th. Our last two Patriots Day events were the Patriots Vigil and Dawn Salute. The Patriots Vigil is the evening before April 19th. For this program, there is a candle light parade, a poetry reading and a reading of the names of the soldiers who gave their lives during the battle on April 19th, 1775. The Dawn Salute is on the morning of April 19th. This program is to observe the opening of the American Revolution. Volunteers are at these programs to tell visitors about the history and the program. 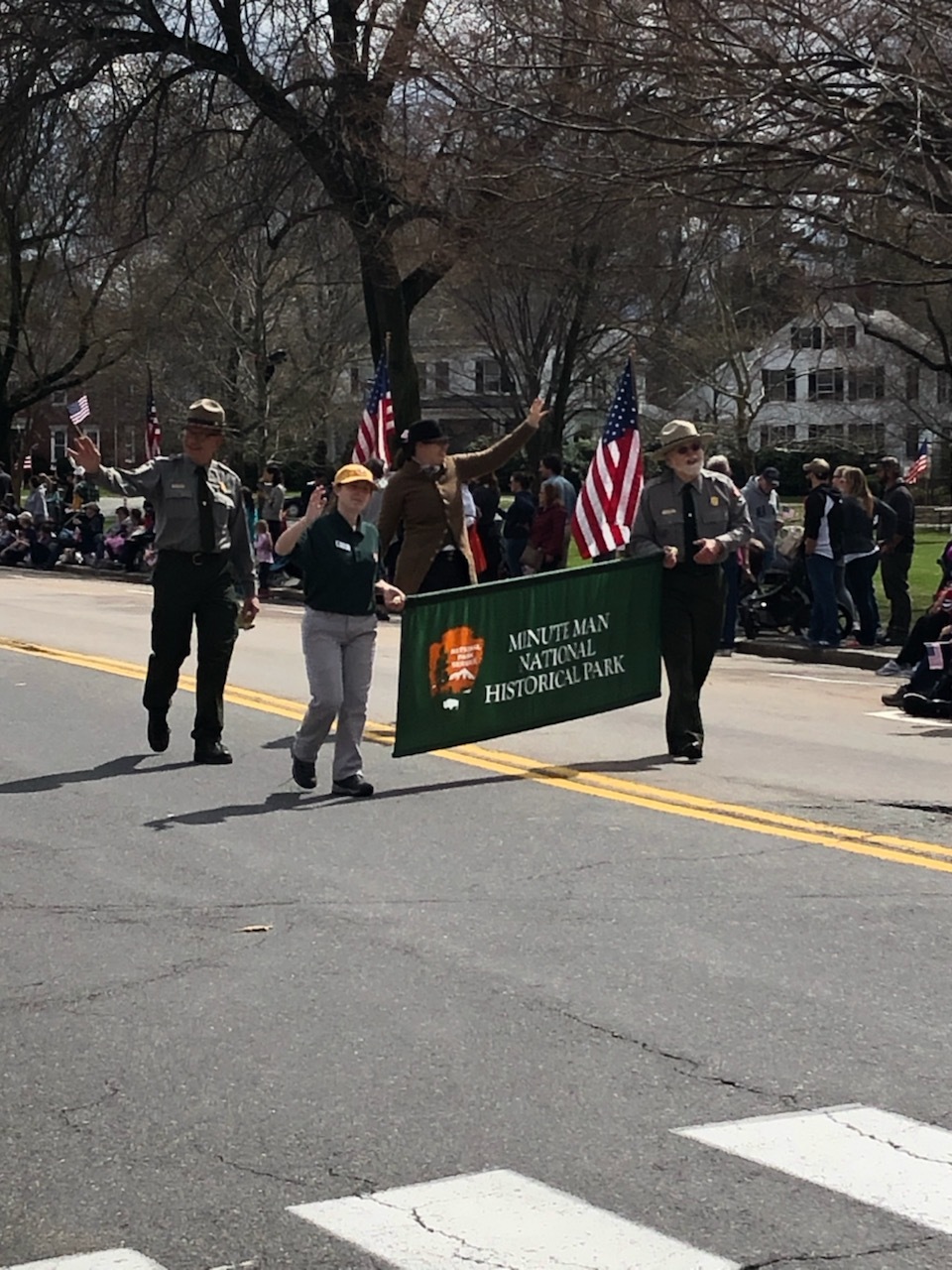