Over the course of her 12-week internship, Nora Skinner worked as a Biology Assistant for Cape Lookout National Seashore. Her primary focus was on the sea turtle conservation and nest monitoring along the coast near her station. Throughout her term, Nora oversaw sea turtle patrol on South Core Banks of Cape Lookout National Seashore. She ran daily beach patrols across 20+ miles of beach to search for newly laid sea turtle nests. Every time a new sea turtle tracks were spotted, she would determine whether the crawl was a false crawl (meaning no nest was laid), or if the mother turtle did in fact create a nest and lay eggs. When the crawls involved a nest, she would find the eggs in the sand, and then mark the spot where the eggs were laid with PVC poles and a protective metal screen. Nora was also in charge of tracking when nests were expected to hatch, and when barricades would be needed to be placed around nests that were close to hatching. Towards the end of her term as nests were beginning to hatch, she was responsible for excavating hatched nests to inventory the numbers of hatched eggs, dead hatchlings, and living hatchlings still in the nest. Along with conducting sea turtle monitoring, Nora also helped her fellow biotechs with their work with the shorebird project on the island; she helped to trap, band and release American Oystercatchers. 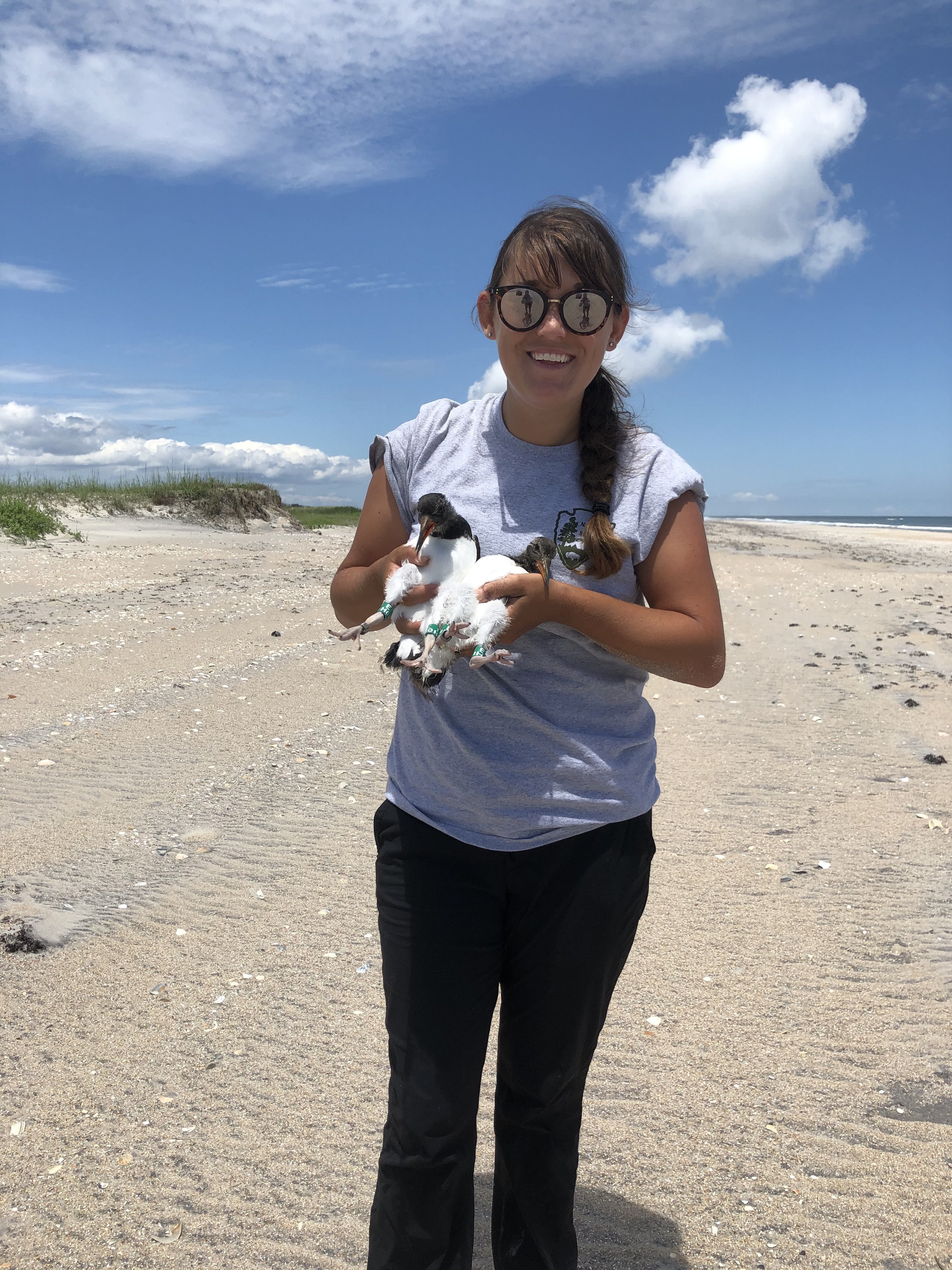 Nora holding one of the many shorebirds she encountered while conducting shorebird surveys. 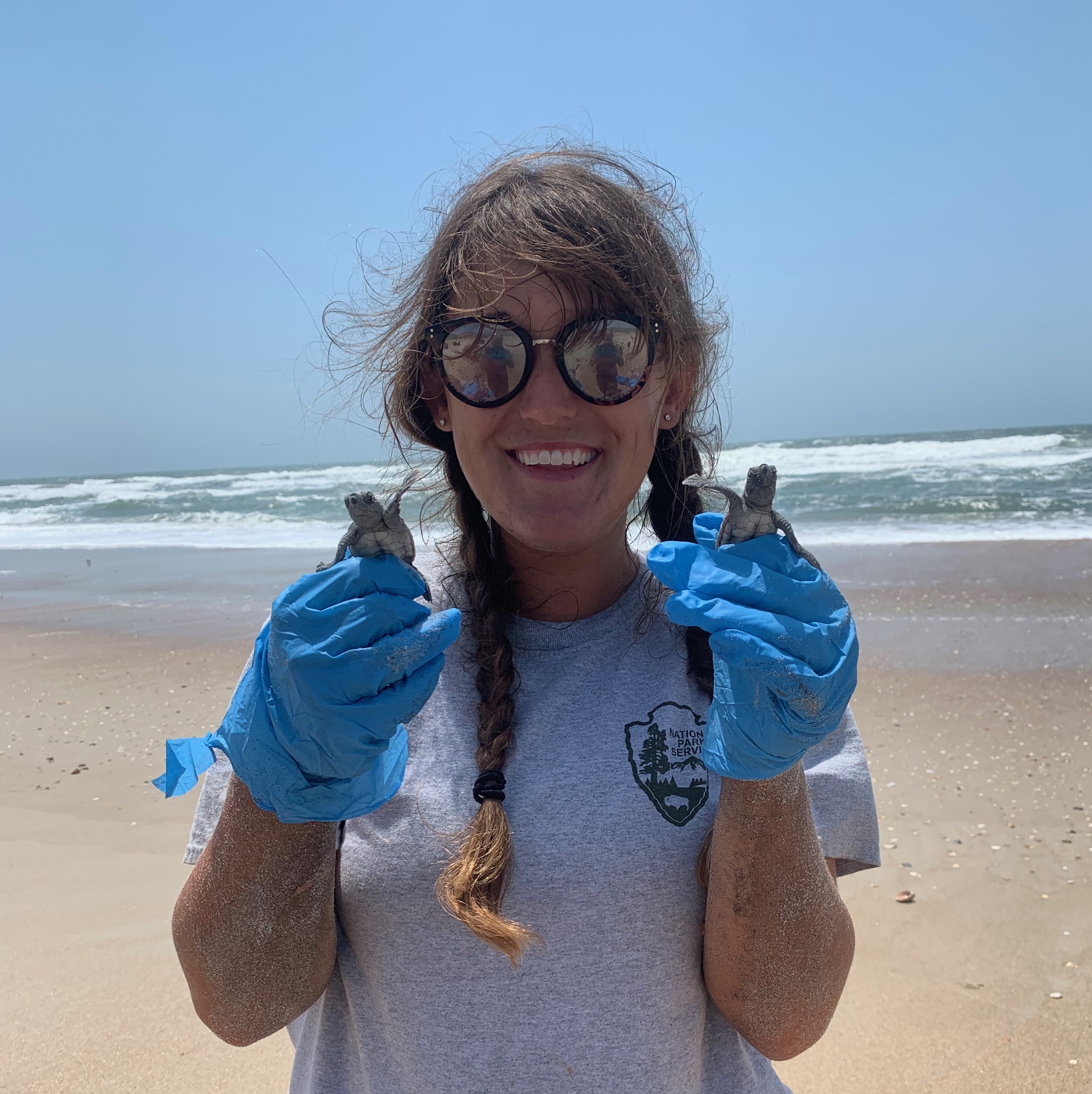