What makes an event successful? Can an event be successful if only one person shows up? Can it be successful if you end up far short of your goal of number of trees planted? What if everyone needs to shelter in vehicles because of a storm for more than half of the time of your event?

Success is a funny thing. It means different things to different people. It can even mean different things to the same person, depending on what else is going on in the moment. Most of us want to be successful in something-school, relationships, work, sports, the list goes on. One of my main goals for the first half of my Community Volunteer Ambassador position at Big Thicket National Preserve was to have a “successful” family fishing day.

In my mind, a successful event would have dozens of families and kids catching fish left and right. The weather and water levels would have been great, and people would leave feeling like they learned something and enjoyed their time interacting with the staff of their local National Park Site. Some of these things I could control, or at least try to bring closer to my vision of success.

Events at Big Thicket National Preserve normally get put on social media and talked about at other events. That hasn’t always worked, and I wanted to improve attendance. I made flyers which I printed and hung up around the local community. I called schools and had them distribute information to students and families. We were even featured on three different news slots with the local channels. I did everything I could think of to spread the word and get people to attend.

I made sure my staff was ready to work their stations and ready to teach their topics. I made sure every station had more than enough of what they would need, in case something broke. We had radios, we had water coolers filled, we had canopies to keep the sun off the staff and the attendees, and we had all the forms filled out. We had contingency plans based on set-up with different water levels and a staff person assigned to monitor the heat index. We were ready for any number of people to show up, for any water level, and for a day filled with sun, humidity, heat, and teaching about fishing.

The morning came and people arrived. We had families waiting for over 15 minutes before the event even started. We had more people at this fishing day, before it even began, than we had at the two fishing days from last year combined. Showtime arrived, and so did more families. Attendees were working their way through the stations, and the thunderstorms were working their way towards us. Before anyone was even able to make it to the final station and put their skills to work on the creek, we had to shut down the event, move things to be out of the wind, and take shelter from lightning in our vehicles. Many of the families didn’t want to wait and they left, understandably so. The local scout troop showed up in the middle of the storm, as did a family that had traveled two hours to attend the event. The scouts decided to wait it out, but the travelers decided to just head back towards home.

Ninety long minutes of pacing under the overpass, being interviewed by the local newspaper, and watching coworkers wait in vehicles while watching the lightning all around us. Ninety minutes of feeling like this event couldn’t be a success without anyone even completing all four stations. But there was a break in the storm. We waited our 30 minute period after the last lightning strike and started the event back up! Only the scout troop had waited around, but that gave us ten opportunities to teach some future anglers and try to get a pole in the water.

It wasn’t long before the storm returned and again we had to shut down the event. However, in that time, I watched several kids cast their first fishing line, I watched a young person tie his own hook onto his new fishing pole for the first time using the skills a park ranger had taught him, and I watched a 6 year-old, with a huge smile on her face and a Moana fishing pole in her hand tell her mom she wanted to fish again the next day.

Success is a funny thing. If someone described a fishing event with zero fish being caught, only getting a small handful of attendees to each station, and spending more time in vehicles waiting for the storm to pass than actually teaching about fishing, I would have never called it successful. My idea of a successful family fishing day changed when I saw individual learning and growth experiences in the young people who attended the day. So maybe success isn’t always having the largest attendance or the most fish caught. Maybe sometimes it’s those small things that made a lasting impression on those involved. 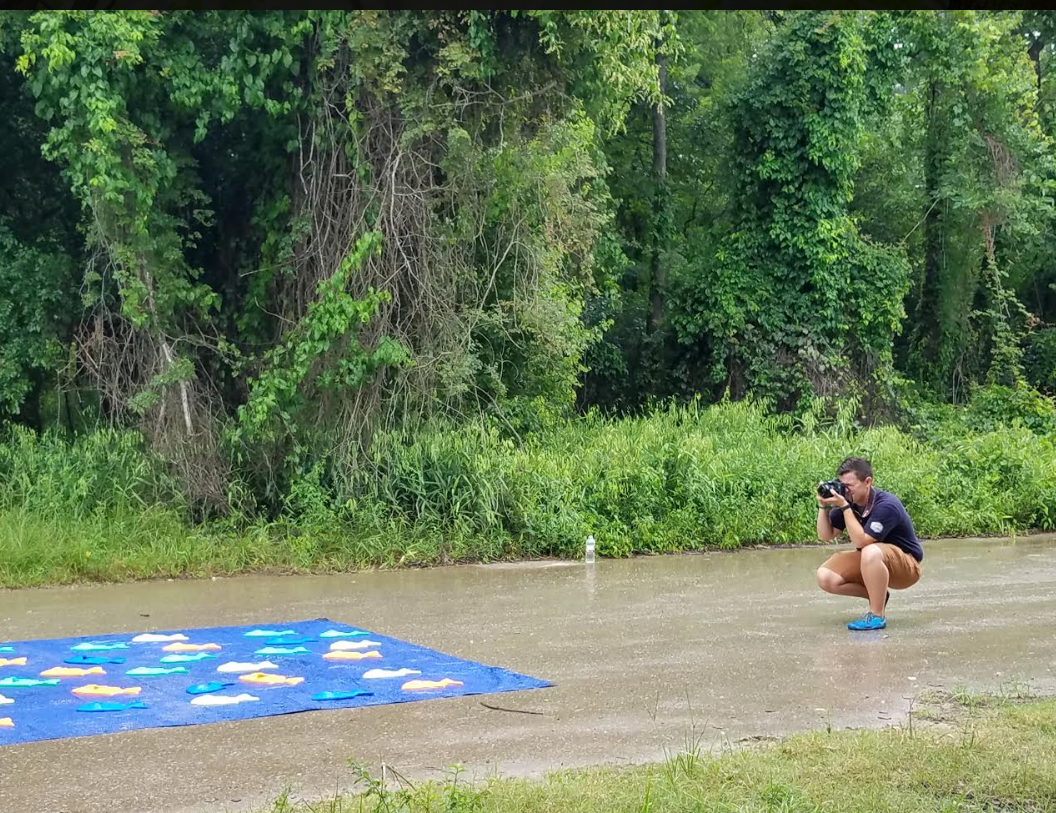