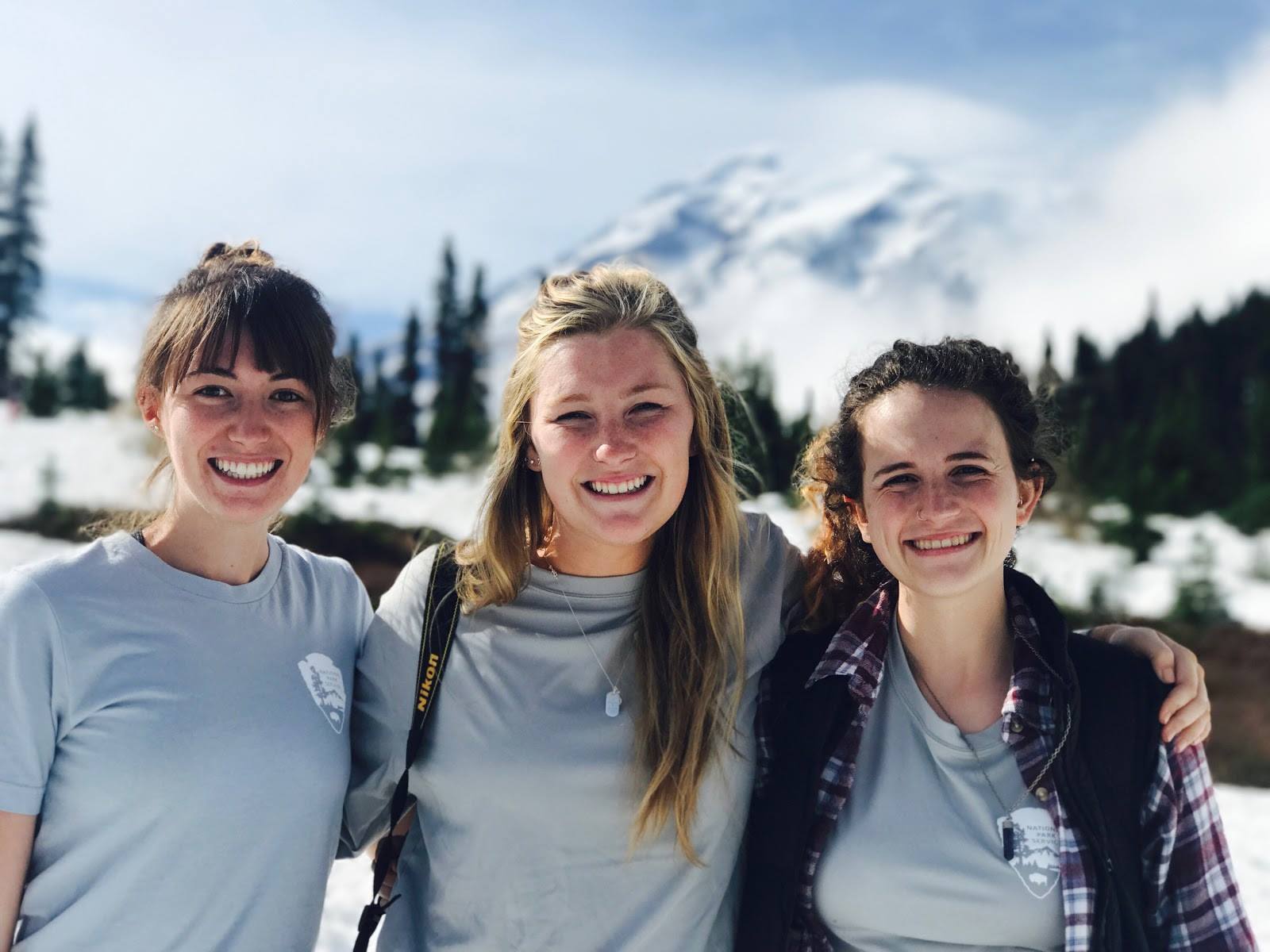 “Wow, aren’t you just living the dream.” A statement I have heard countless times since I became the Community Volunteer Ambassador at Mount Rainier National Park. I live in a historic cabin with cedar shingles and a wood stove, you can see black tail deer grazing outside my office window, and I spend my days helping people engage with the nation’s fifth National Park. It definitely feels like I am living in a dream, one that I didn’t even know was mine.

Two years ago I came to Mount Rainier for the first time for a mandatory group bonding trip with my summer internship at Klondike Gold Rush National Park. I had no intention of ever pursuing a future with the park service and had only taken the position out of fear nothing else would open up that summer. Seeing Mount Rainier as an overrated destination for yuppy Seattle recreationists and unemployed environmental science majors, I was less than enthused about our kick-off camp-out. But the trip was nice and my internship was fulfilling. We developed a youth mentorship program for the park and I realized I liked thinking about education and outreach to underserved communities. I still had no real interest in neither Rainier nor the Park Service but both experiences were positive memories I carried along my way.

Eight months ago I again found myself involuntarily associated with Mount Rainier, only this time I was in the Mississippi Delta serving as an AmeriCorps member teaching high school biology and coaching cheer. The majority of my students had never been outside Holmes County much less the southern half of the United States, so when I told them I was from Washington I might as well have said Mars. One morning I was stopped by our ROTC Sergeant. “You’re from Washington Ms. Powell? I was stationed in Washington at Joint Base Lewis-McChord. Worst training I ever had in the never ending rain and mud. But then one day the sky cleared for just a moment and the sun was shining down on that big Mountain. You know what mountain I’m talkin’ about Ms. Powell? When I saw that Mountain, I knew everything was gonna be alright.” That Mountain was no doubt Mount Rainier, and I had heard that story before from other veterans as well. Later that same day I opened our textbook for our class discussion on unique ecosystems, and our case study was none other than the alpine meadows and sub alpine forests of Mount Rainier. I had students in every single class say “So that’s where you from Ms. Powell,” and the connection had been made. In one day I had become the teacher from the Mountain.

Today I work in the heart of Mount Rainier National Park as the Community Volunteer Ambassador. Creating volunteer handbooks and resource guides, updating our media pages and calendars, and answering the never ending emails of people inquiring about serving in the park mark my daily routine. I find myself involved in the sometimes mundane office duties I have been known to run from in the past, in a place I had avoided despite living in relatively close proximity for years. I found myself in a place I never would have dreamed, doing things I never thought I’d do, but it’s good. Having watched the winter melt into spring and hearing the heartfelt experiences of volunteers who have served in the park have made this whole endeavor worthwhile and I’m only in the first quarter of my time here. I am slowly starting to see the magic of this place that others seem to catch on to so quickly. I look forward to meeting the many volunteers I have been seeing on paper and communicating with through email and I am excited to use our array of volunteer programs as a way to engage those who would otherwise avoid the Mountain, just as I had once done. 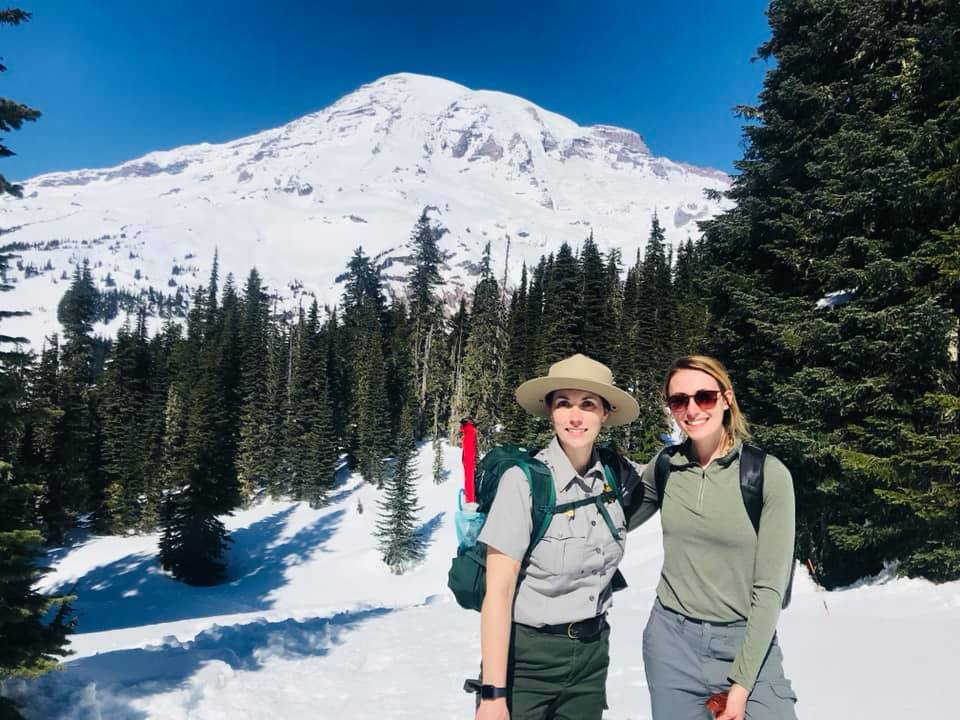