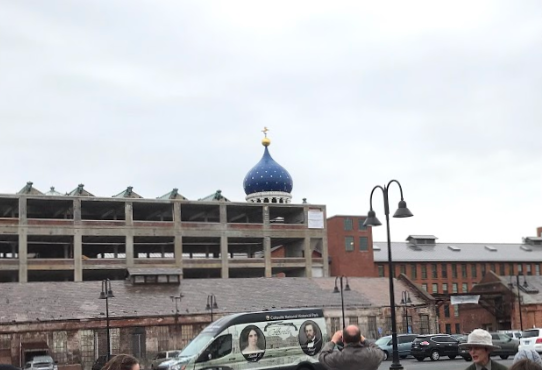 When you are driving on I-91 through Hartford, Connecticut, there is an interesting site. Between the highway and the cityscape, there is a brick building with a peculiar blue and gold onion dome. Almost everyone in Hartford knows of the blue dome. It is a point of fascination for many, young and old. And at the top of that blue dome is a gold, rearing stallion; the symbol of Samuel Colt, the inventor of the revolver.

Coltsville National Historical Park is a new park. So new that it technically can’t fully function as a park, since we are only authorized, but not yet established. It is a park that includes the factory and the factory town Samuel and Elizabeth Colt created on the edge of Hartford (though now it is right off of downtown). We are just beginning to put the work into what the park will look like and operate like once we are fully established. As a part of our process, we have been asking a lot of questions about what our story is, and why we are there. We brought 4 scholars from around the country who could come see the park and bring their expertise. As with most tours, they were so immediately captivated by the Blue Dome (“Can we go up there?” “No, sorry”). We had to bring their attention down to the rundown brownstones, which are the only buildings we will receive. But we were able to capture their attention again once we brought them around to the other sites in the park. The Church of the Good Shepard; Armsmear; Colt Park with the Colt Memorial. All examples of displays of wealth and status, now surrounded by loud city streets, poverty, and violence.

Our scholars spent two and a half days talking about the significance of Coltsville. We wanted to answer the question of what made us different, what made us significant, but we ended up with more questions than were probably answered. Whatever our story is, it is going to be complicated.

But the part that will stick with me happened at the end of that week. The NCPH conference hosted a public plenary session, inviting local community members to talk about a hot topic in their community: Coltsville.

Connecticut has some of the strongest opponents to guns in their government. Hartford is plagued with gun violence and gangs. It is about an hour away from Sandy Hook. And we are a park that mainly focuses on the accomplishments of a gun manufacturer. What does that mean to this community?

I will be honest and say that I didn’t know what to expect to come from the session. The speakers, save for our NPS rep, and the facilitator, were all from Hartford and were experienced with dealing with gun violence in their city. They were people actively trying to make people’s lives better and give them an opportunity to heal from the pain caused by guns, or give them a path besides falling into gangs. I knew that I would hear something challenging and moving, and that it would give me a better understanding of the work that I am doing in Hartford.

What I didn’t expect was requests and ideas for the Park to be a place for the people of Hartford, not just the country. They wanted us to understand them, and to care about them. This place could be so significant to the people just in the surrounding neighborhoods to help give their families and their kids and their neighbors a place to heal, or give them an opportunity to invest in their future. They didn’t bring up that the park was about gun manufacturing, what they wanted was actions that would benefit their community. A community space for people to gather and learn and create. A place for people to gather and heal, physically and mentally, from the trauma of violence in their neighborhoods.  A place where future dialogues about subjects like guns could be openly debated and talked about. Activities at the park for kids to go to after school to keep them off the streets; it would give more chances to learn and to create and do something good. There was a plea to help kids invest in a good future for themselves. They were finding that kids were giving up on their futures because there wasn’t enough around them that was encouraging them to dream about what they could be, and helping them get there. They need to know that they matter.

One of the speakers summed up the panel perfectly, and I don’t have the exact words, so I am paraphrasing a little: The Park needs to be a place that can bring some development to the community, job development, recreation development, education development… and Hope Development.

Now, we obviously can’t do everything to repair the community. There is only so much we can do, especially in the beginning.  We aren’t even established as a park yet.  But that will stick with me, and I wish that it will be something that the park keeps in mind throughout our process of being established.  Develop some Hope. I want everyone to take a moment and think about why your park is important.  It doesn’t have to be why it is nationally significant, like we were trying to figure out.  But just why its work is important, and for whom does your park matter? And take a moment to think about creating little opportunities for hope. Whatever that means to you, go out and develop some hope in the world. 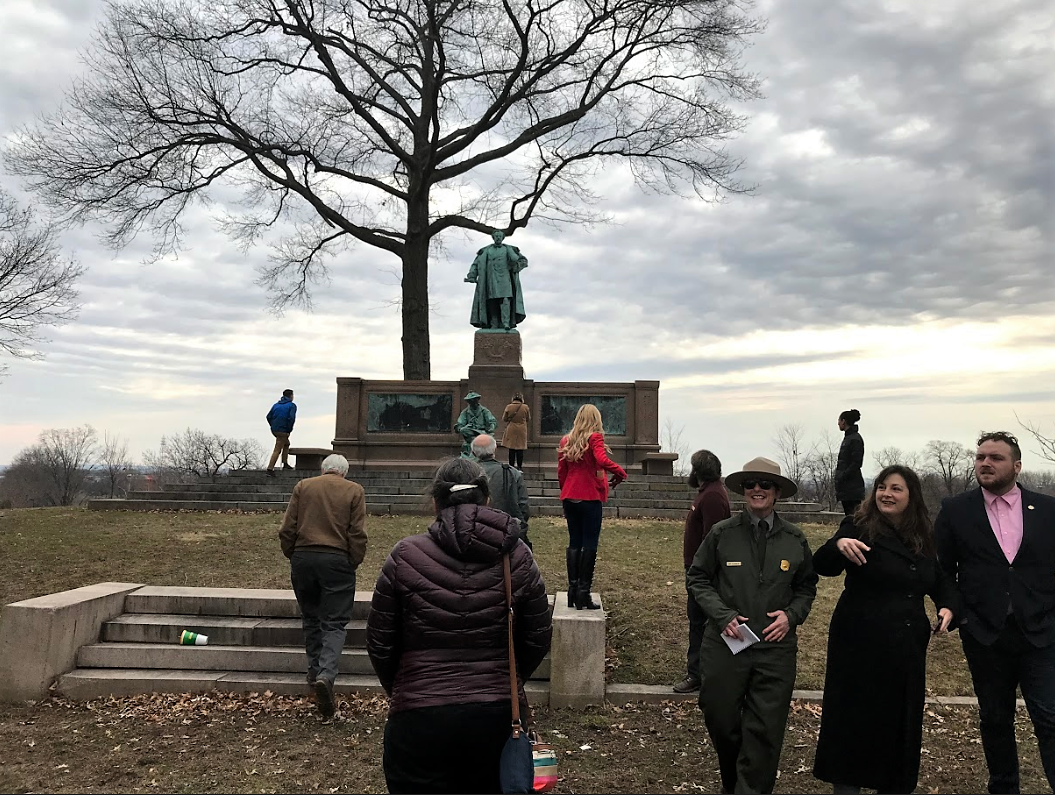